urbanoINTERNATIONAL #5: From our screens to our streets 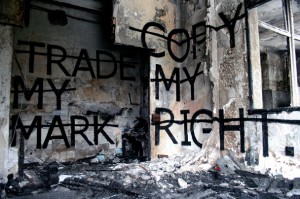 RERO is a conceptual artist who places easily recognisable digital error messages and legal statements out of context in the ‚real‘ world. His work challenges the notion of private property – both physical and intellectual. The artist plays with the acronym, WYSIWYG (What You See Is What You Get).

END_OF_DOCUMENT_TOKEN_TO_BE_REPLACED

or: WOULD KENYANS USE SOCIAL MEDIA TO BRING CHANGE TO KENYA?

In the past the internet has seldom been used as a tool for rallying mass movements towards meeting an agenda. This is fast changing in Kenya. The purpose of this article is to show how the internet plus mobile phone technology has been used as a vital tool in moving both positive and negative agendas in Kenya.

With the recent growth in access to affordable mobile phone access, access to internet and other forms of social networks, the range for the coverage of social networks has greatly increased. In 2010, in a population of 40 million Kenyans, there are over 22 million mobile subscribers, with a mobile subscription growth of 9.5%. 8.69 million internet users and at over 22% of the population with the numbers expected to rise due to the fibre optic cable establishment. Over 98% of web access in Kenya is through mobile phones. The number of internet/data subscriptions is 3.2 million per year. In 2010, 6.63 billion minutes of local calls were made on the mobile networks and 740 million text messages were sent. The coverage of radio and newspapers is countrywide. These statistics clearly indicate the broad coverage of the internet and mobile phone in the country.

END_OF_DOCUMENT_TOKEN_TO_BE_REPLACED

As a young professional keen on transitioning into the academic field of urban management, I took the search for the right masters program rather seriously. As with most of my “serious” searches nowadays, it began with my laptop out, browser poised at Google, and a double americano in arm’s reach while perched at my favorite café. Of the countless search results, two particular sites caught most of my attention: Urbanicity.org, which offers a global perspective on the field of city regional planning; and similarly, Planetizen.com, which additionally provided me with an unofficial ranking of academic programs in the field. Both websites provide ample content, and certainly more than I could ever read or process in today’s digitally overloaded and attention-deficient world.

But there is more beyond the realm of websites. The web, especially now that it live in its glorified “2.0” state, invites us to engage its content in new ways. One such way is through the world of newsfeeds and blogs. They serve a more nuanced purpose to those of us interested in a particular subject matter and its current affairs.

END_OF_DOCUMENT_TOKEN_TO_BE_REPLACED

urbanoINTERNATIONAL #2: Bangladesh – Turning its face from Rural to Urban Bangladesh remains a predominantly agrarian country with only 27% of the population – around 38 million people – currently living in urban areas.  Since the independence in 1971, Bangladesh has been experiencing rapid urbanization; between 1975 and 2005 the percentage of the total population in Bangladesh living in urban areas rose from 10% to 25% (BURT 2004). Despite the recent decline in overall population growth, rural to urban migration has sustained a high rate of growth However,while the present level of urbanization is still relatively low, the urban population growth rate is 2.5%,which is significantly higher than the 1.4% growth rate of the population as a whole.  As a result,the urban population is predicted to reach 51 million by 2015,or 32% of the total population.

END_OF_DOCUMENT_TOKEN_TO_BE_REPLACED

Guerilla gardening has become a worldwide phenomenon. Even though the word guerrilla has an aggressive tone to it, it refers to something as peaceful as gardening. Guerrilla gardening is gardening on someone else land, both public and private that is left unused. Guerrilla gardening can be seen as a very political act in some cases, an only as a hobby for a gardenless gardener in other. Guerilla gardening has also reached Oslo, the capital of Norway. The most organized group was started after an initiative in the Norwegian Permaculture Association. Many enthusiastic souls are now working together, or alone, to make the city greener. They garden in forgotten city gardens, intersections or other places craving a green touch. They use the city as their kitchen garden planting fruits, vegetables and beautiful flowers. Guerilla gardening Oslo is a social movement with no membership. Guerrilla gardening is something anyone can do at anytime. Even so, a group of people has decided to organise themselves and others to make guerrilla gardening a social event as well. The group has a blog and operate a facebook site. They initiate gardening sessions, and also work to collect and spread information on possible gardening sites in Oslo. The also spread information and inspiration from similar movements around the world.